Partners with SG K9’s Organization is completely independent of the San Gabriel Police Department. Monies raised by its members stay within the organization are used only to improve the performance of the K9 unit and maintain a high quality of the life for active and retired service dogs.

Partners with SG K9’s plans to raise funds for items such as:

Partners with SG K9’s will raise money for the above costs. We will be selling merchandise
and excepting monetary donations that are tax deductible.

The San Gabriel Police Department K-9 Unit has been in place since 2017.

Currently consisting of 2 teams, meet the dedicated officers and K9’s that protect and serve the City of San Gabriel. 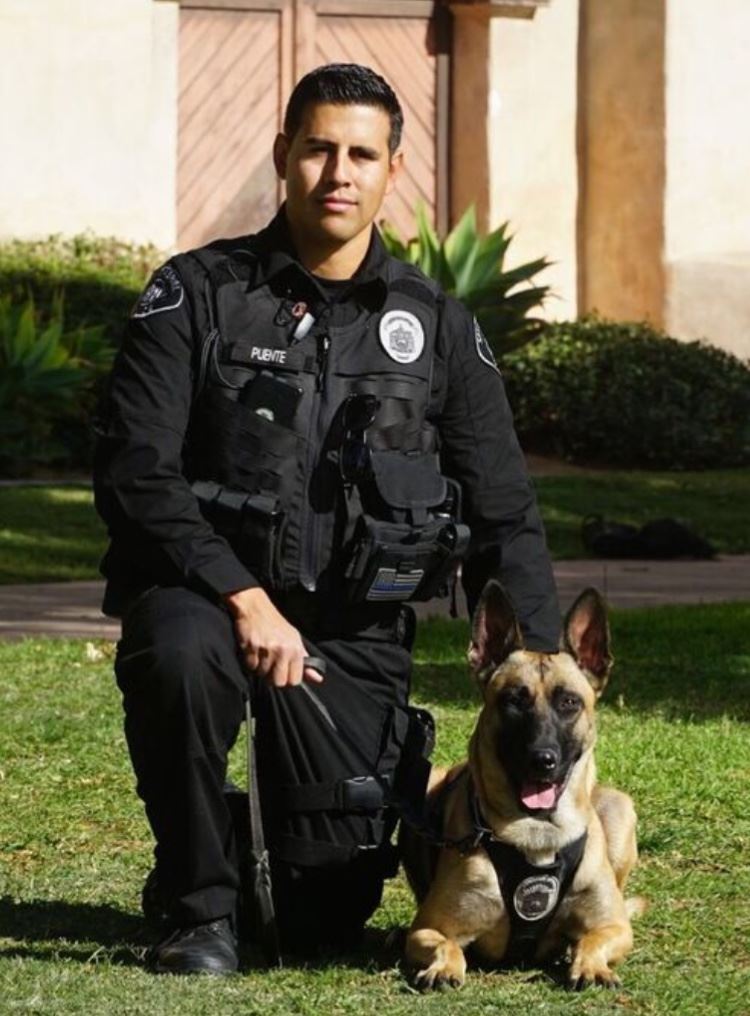 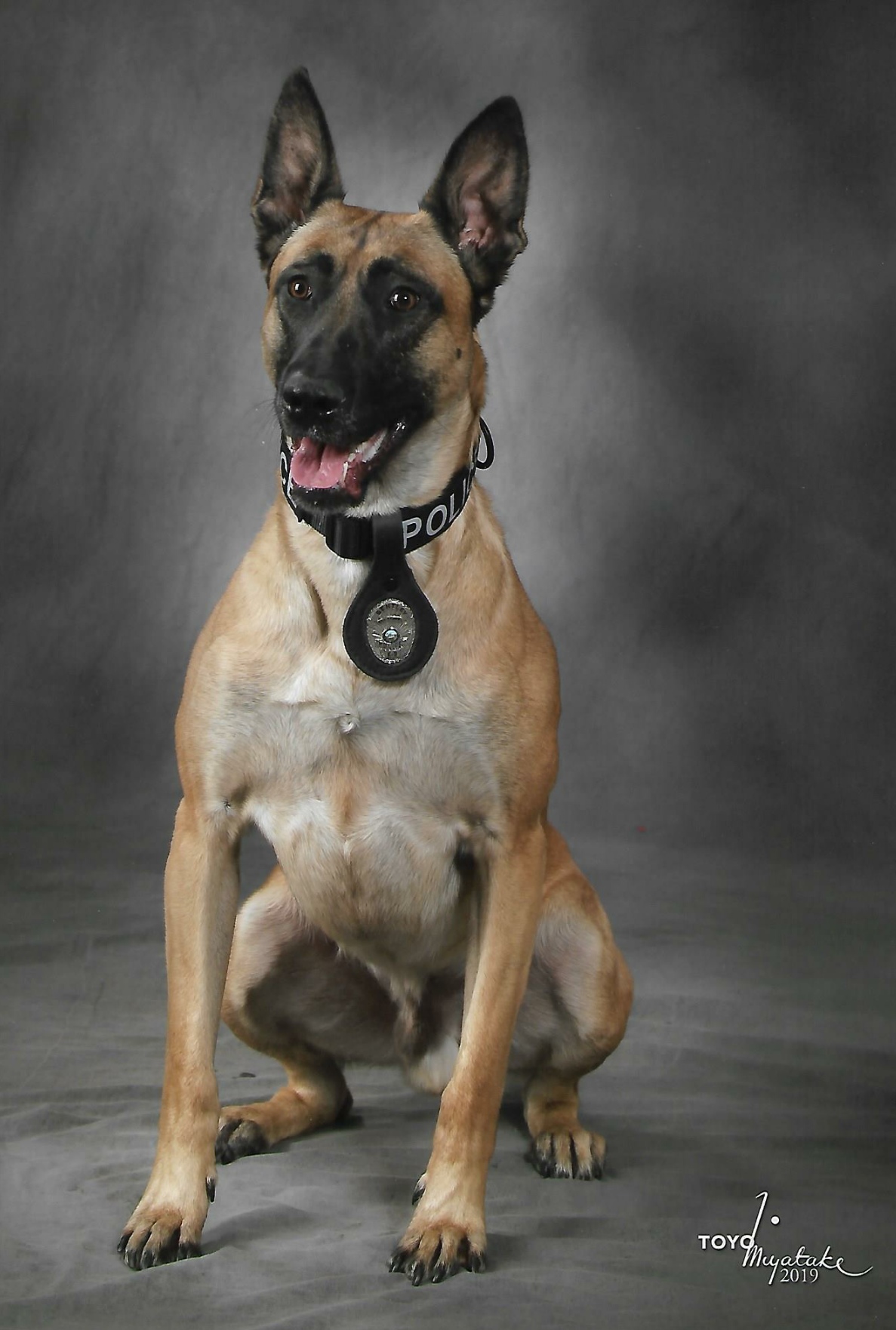 Officer Paul Puente began his career with the San Gabriel Police Department in 2008. Shortly thereafter, he became an Explorer Advisor where he educated and mentored youth interested in law enforcement. In 2014, Puente became a Field Training Officer (FTO) and was responsible for training and supervising new police officers who graduated from the police academy. In 2016, Puente was assigned to the Investigations Division as a Detective, where he was responsible for investigating property crimes. During his assignment in the detective bureau, he assembled a multi-agency burglary suppression task force that consisted of several detectives from surrounding agencies. In 2017, Puente was selected to become the first K-9 handler in the department’s history. He and his K-9 partner, Bentley, completed their training together at Adlerhorst K-9 Academy, Class #225 and have been inseparable since.

K-9 Bentley is a 4 year old Belgian Malinois from Slovakia and responds to commands in Czech. He is also one of the youngest K-9’s to go through training as a certified apprehension dog. Puente and Bentley have an incredible bond and spend many hours together playing and training everyday. Bentley enjoys playing ball and is very social with everyone, but knows when it’s time to go to work. Puente and Bentley are trained in narcotics detection. His high play drive makes him perfect for his role as a San Gabriel Police K-9. 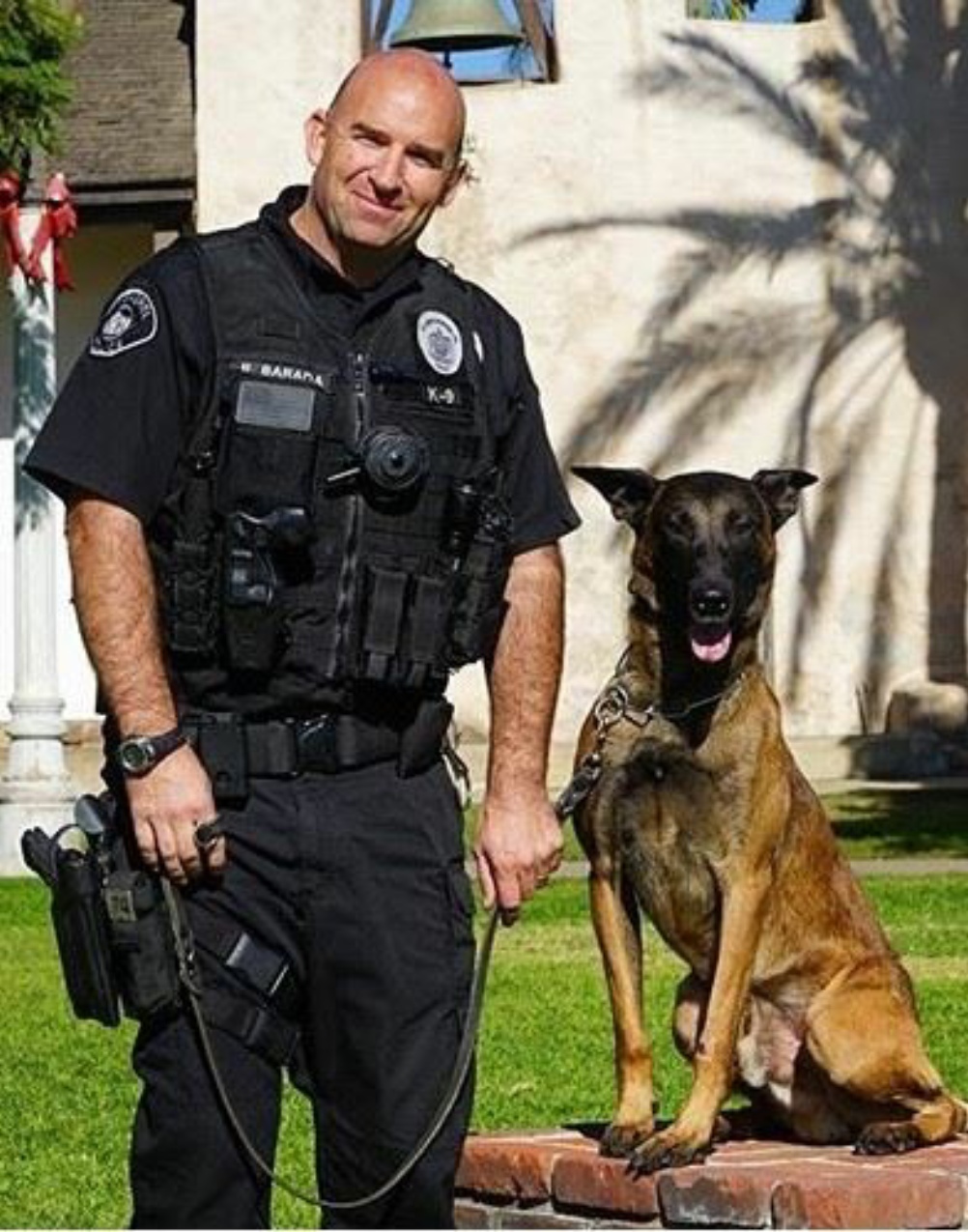 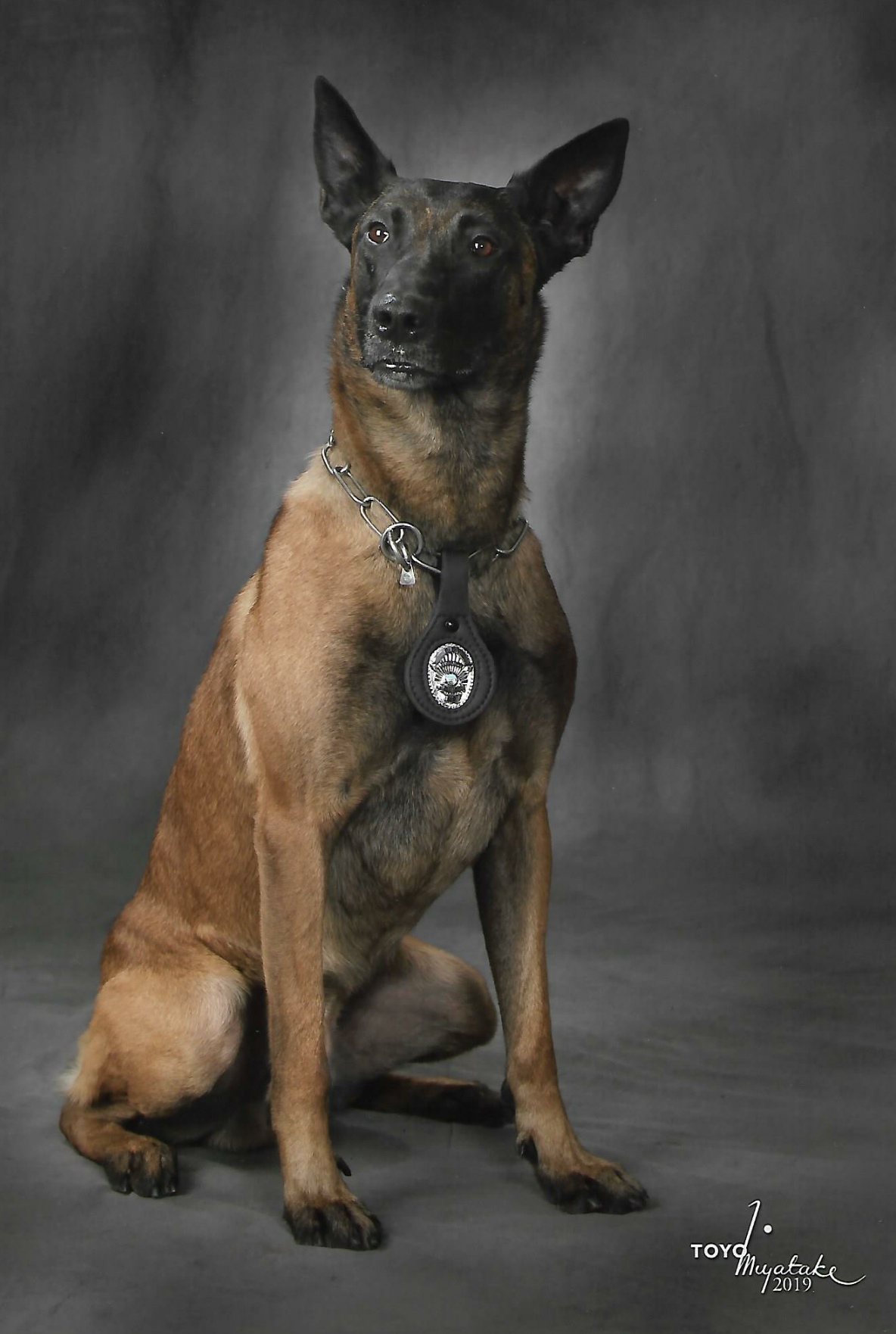 Officer Robert Barada began his career in law enforcement with the San Gabriel Police Department in 1998, after spending four years in the U.S. Army. He was previously a Field Training Officer (FTO), a Bicycle Team Officer and a Firearms/Range Master instructor for the department for over 10 years prior to being selected to the department’s newly formed K-9 team. Barada was paired with his K-9 partner, Edy, in July of 2017. Barada and Edy graduated from the basic handler academy at Adlerhorst International, Class #225, in September of 2017.

K-9 Edy is a 6 year old Belgian Malinois from Kosice Slovakia. Edy earned his SVV1 title in 2017 before being sent to the United States to become a police service dog. Both Barada and Edy are certified in explosives detection since early 2018. When off-duty, Edy gets plenty of exercise by chasing his toy ball and much love by getting his belly rubbed.

K-9 Team public appearances/demonstrations are available upon request and approval from the San Gabriel Police Department. Please click here and complete the application form. Request forms can be submitted directly to the police department or by e-mail to the K-9 Coordinator, Lieutenant Rene Hernandez at RH090@sgpd.com